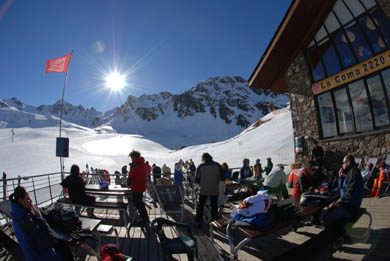 As the most remote resort in Andorra, it’s easy to assume Arcalis is not worth a day-trip. But that would be a shame, as the variety of the terrain is better than most of the other resorts, even if the extent is not up to much. With no village at the resort, it does at least mean that Arcalis has not suffered the affliction of the usual collection of hotels and apartments “thrown up” on the mountainside, as with other resorts in Andorra.

This lack of development may be due to Arcalis’s publicly owned status – most Andorrans seem rather proud of the place. It also has some nice touches; it has the nicest base lodge in Andorra, and even a couple of sculptures nestling in amongst the landscape. The resort is very popular with weekenders, both from Andorra and Spain, and the ample car parking on the approach road soaks them up.

The slopes are made up of two valleys which join with a central ridge, creating a horseshoe shape. To the left of the ridge is the main valley, the Cercle d’Arcalis, which is bowl-shaped and is well populated on its left flank with trees. It also contains most of the lifts, which fan out from the base lodge. The ridge provides a couple of steep, sheltered, north-facing pistes back into the right of the bowl, and access to the south-facing runs off the side. These are long blues and reds which run down the second valley, the Cercle de la Coma, which is tree-free. These runs return to the base station around the end of the ridge.

Snow reliability is good. Artificial snow covers the base area and some pistes leading into it. The height of the area, which starts a good 400m higher than Arinsal, also adds to the length of the season. Of all the resorts in Andorra, Arcalis has the most to offer experts. The black run that leads from the ridge back down towards the base is steep, and often mogulled, while the red run it connects to starts from the top of the main chair, going through a spectacular gulley before widening out. There is also plenty of space between runs for off-piste forays, especially in the Cercle de la Coma. Arcalis is well-known for heli-skiing; the mountains facing the area are favored by the guides.

Intermediates are well catered for, with smooth, long blues and reds being the main feature of Arcalis’s slopes. These head through the trees in the Cercle d’Arcalis, and a couple of variations of wide, open runs on blues and reds down through the Cercle de la Coma. The beginners’ slopes are conveniently located near the base lodge, with a couple of drag-lifts leading to some longer blue runs. Liftlines are not a problem; midweek you can explore the resort and see hardly anyone. At the weekend the area is much busier, especially in good weather, but the approach road/car park has lifts at a number of different places, and with recent investment in high-speed chairs there shouldn’t be a long wait at the bottom. 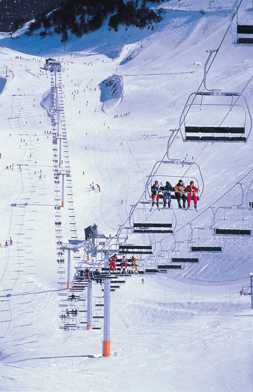 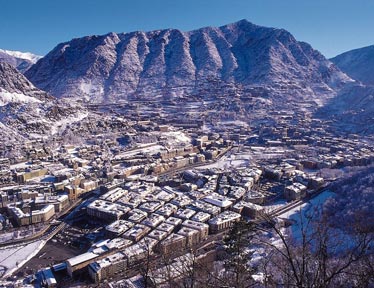 Andorra Pyrenees
Back To Top